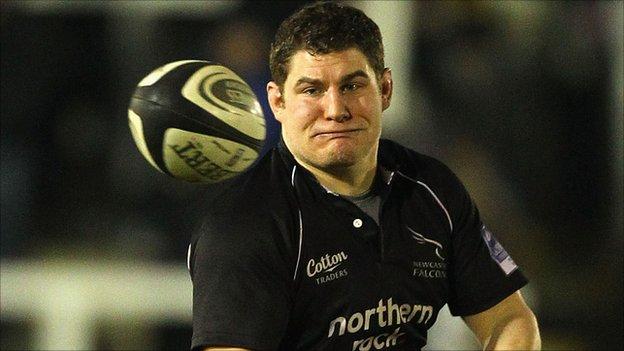 James Hall, Taiasina Tu'ifua and Rob Vickers have all been cited by the Rugby Football Union after Newcastle's 9-9 draw with Harlequins last Friday.

Hall, 25, was cited for kicking an opponent, Tu'ifua, 27, for a dangerous tackle and 30-year-old Vickers - who picked up a yellow card - for striking.

The Falcons trio will have their cases heard in Durham on Monday, 19 March.

"The line is drawn at punches in the face, boots in the face and short-arm tackles," he said.

In response Falcons coach Gary Gold replied: "Was it my instructions to go over the top? Certainly not.

"I'm not happy with the ill-discipline we showed at times."