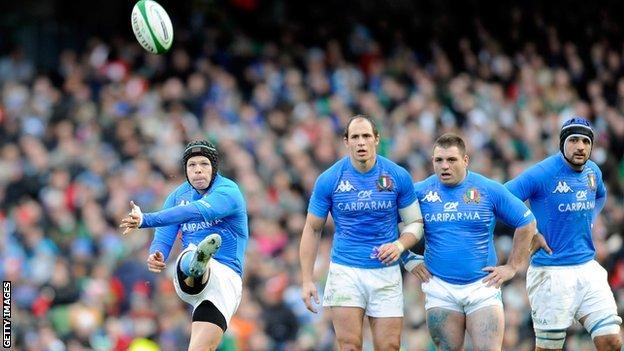 Italy have responded to their heavy defeat in Ireland by making seven changes to the side for Saturday's Six Nations visit to Cardiff to face Wales.

Fly-half Botes pays the price for an erratic kicking display against Ireland that saw him miss three out of five attempts at goal.

The kicking duties are set to be returned to Racing Metro wing Bergamasco, who has not played for Italy since the 2011 World Cup beacuse of a shoulder injury.

Bergamasco, who kicked the winning penalty in a 22-21 victory over France in last year's championship, will be making his 86th appearance for his country.

Before losing to Ireland after fading in the second half, Italy had also fallen to France in Paris and at home to England in this season's competition.