The year 2000 was a transitional period for Wales in more ways than one. Not only had Italy joined the five nations, ushering in a new era, but several Welsh players were, in the words of Garin Jenkins, "in the departure lounge of international rugby."

Graham Henry's squad had been on a remarkable journey the previous season - a 10-match winning run including a first triumph in Paris for 24 years, a first series victory in Argentina, and a first win over then world champions, South Africa. And who could forget the last-gasp victory over England at Wembley? 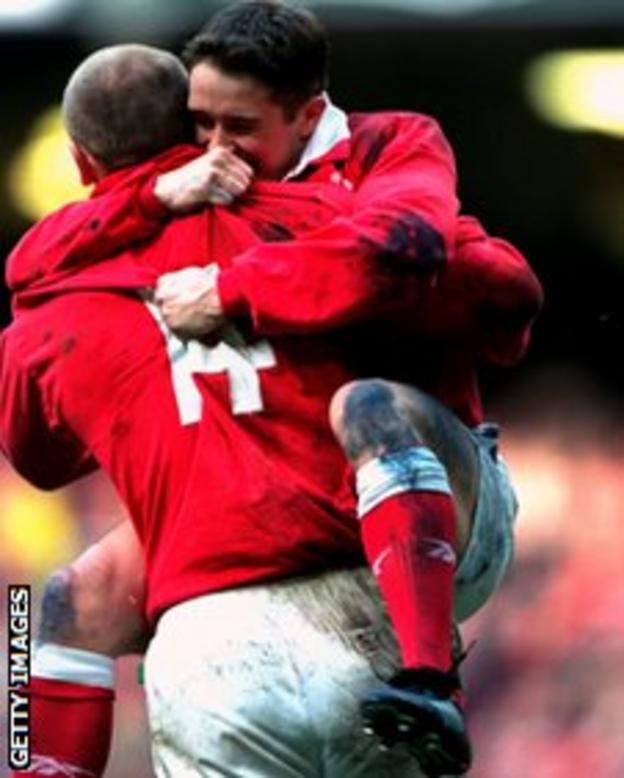 But the bubble burst dramatically at the 1999 World Cup, when a shock defeat to Samoa was followed by a quarter-final knockout against Australia.

It meant Wales entered the 2000 Six Nations having lost their aura of invincibility. In the opening fixture of the tournament their vulnerability was exposed, as France romped to a 36-3 victory in Cardiff. As Garin says, "Wales were lucky to come second that day."

The manner of the defeat - and Italy's victory over Scotland - made Italy the favourites against Wales in Garin Jenkins' eyes. A curious state of affairs, given Wales' handsome 60-point victory over them in Treviso less than 12 months earlier.

But Garin -- a proud Welshman and hard man of the old school, was determined to silence the doubters. Together with his front row colleagues, he set about dismantling the much vaunted Italian scrummage. And once that threat was removed, there was only likely to be one winner.

Scott Quinnell was the first to breach the try line, crashing over from a planned lineout move. And then Shane Williams - making his first international start - showed an electric turn of pace, to double the tally on the stroke of half time. With his baggy jersey, and baby face, he was barely recognisable from the iconic figure he'd later become. But the devastating speed, and appetite for work were there from the very beginning.

A nice sit in the changing room, a bit of a huff and a puff, and a smile from within - job done

The scoreboard was kept ticking over by the metronomic boot of Neil Jenkins, who overtook Michael Lynagh to become the highest points scorer in international rugby history.

Allan Bateman put the game beyond reach in the second half, after some crisp handling helped create an overlap that the "clamp" ruthlessly exploited. The icing on the cake came from Shane Howarth, who scored with a trademark angled run.

It was a welcome victory in an indifferent campaign. Atonement for the French nightmare a fortnight earlier. But it would be a while before Wales developed the kind of momentum and belief they're showing in this campaign. Many pundits see the Italy game as a small hurdle to be cleared before a championship decider against the French. But this Welsh team are wise enough to guard against complacency.

Far from being in the departure lounge of international rugby, the bulk of this squad of are already soaring high, without suffering any jet lag from their heartbreaking World Cup campaign. Italy have never won in the Dragon's lair -- and the crucible of Welsh rugby has rarely been better equipped to vanquish a visiting Azzuri side. Destiny awaits.