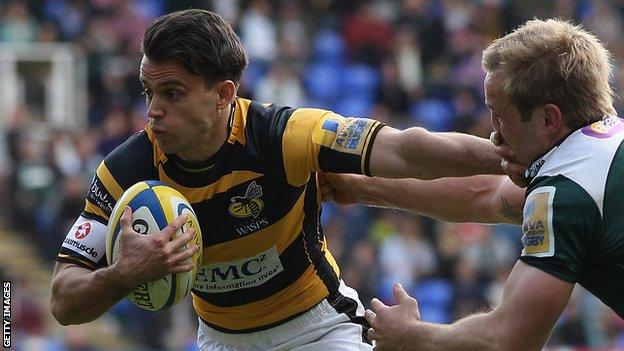 Premiership strugglers Wasps have awarded a new deal to scrum-half Nic Berry for an undisclosed period.

The 27-year-old Australian has featured 40 times for Wasps since joining from Paris side Racing Metro in 2010.

"Though we've had a tough season so far I totally believe we have the coaching staff and players to restore the club to where it should be," he said.

"I have been really impressed with Nic this season," director of rugby Dai Young said of the former Australia Under-21 cap.

"He is a talented number nine with a great attitude and I'm delighted that he's staying here.

"We've got a pool of very good scrum-halves in place for next season and that competition for places is extremely healthy."