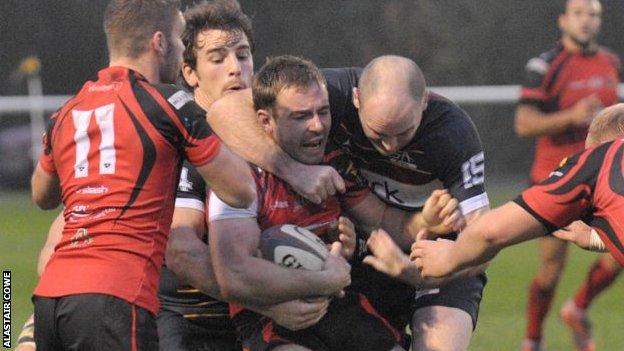 Redruth let an 11-point lead with 12 minutes to go slip as they went down 35-34 at Taunton in National Two South.

Craig Bonds and Tom Notman had put the Reds 14-10 up early on but the visitors conceded two tries as they were pegged back to go in 23-20 down at the break.

Sam Parsons score and a penalty try then put Redruth 34-23 up with 12 minutes left.

But Reuben Haile got a try back and Sean Fox crossed the line with two minutes left to seal the comeback win.

"We slipped off too many tackles and it counted against us, we gave their players much too much respect and we paid for it.

"When you lose by a point it's hard to take and it's a game that we definitely should have won," he added.

"I still want to finish in the top five and I've asked the players and every one has said yes, so it's all to play for in our last five games," Penberthy said.