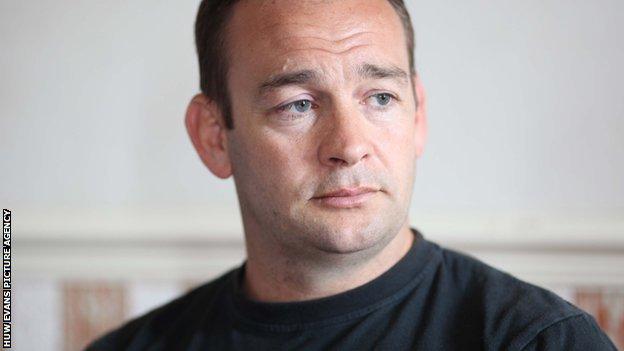 Darren Edwards says he inherited an unhelpful culture when he took over as Dragons coach that was hindering the region's development.

Edwards was appointed the new coach after Paul Turner left the region under a cloud in February 2011.

The Dragons recently announced they would be releasing eight players at the end of the season.

"There's a culture we need to break here. I think we are at a crossroads," said Edwards.

"I came into this job last year and there was an inheritance of a squad.

Our playing pathways were poor. Our management of players was poor, so we had to make sure we drew a line and started to look forward

"I've said from the start there needs to be a transition period and this season has been a pretty rocky road in terms of that.

"Because one thing is for sure we weren't getting any better as a region or as a team.

"Our playing pathways were poor. Our management of players was poor, so we had to make sure we drew a line and started to look forward.

"We have a clear strategy on what we need to do here."

The Dragons, who are currently ninth in the RaboDirect Pro12 table with five wins in 16 matches, have had a tough couple of seasons and will lose Wales internationals Luke Charteris and Aled Brew to French clubs at the end of the season.

Fly-half Jason Tovey will also leave to join the Cardiff Blues for the start of the 2012-13 season and the Dragons have also suffered the enforced retirements of skipper and hooker Tom Willis and prop Ben Castle.

Full-back Thomas contradicted the region's claim that he was being released by saying on Twitter he rejected an offer of a new deal.

But Edwards said the region stood by their original statement that they had released all eight players.

"I spoke to Martyn. This is a side of rugby where we have to explain to players," he said.

"On one side he is looking for opportunities... and on the other side we have to be actively working.

"We came to a crossroads where I decided I was to look for players who would kick us on into the future.

"I have no doubts it [the squad] is going to be better than the one we had this season.

"I think there is light at the end of the tunnel.

"And it would be quite nice where there is a bit more optimism rather than pessimism.

"The first stage of that is now revamping the squad and bringing in players and having the faith in players, particularly our young guys, to start taking us forward.

"We have been very measured in our decision-making and with our recruitment this year. We are going in with a squad of 38 players and that is all it will be next year, so every player in that squad has have massive value to us."