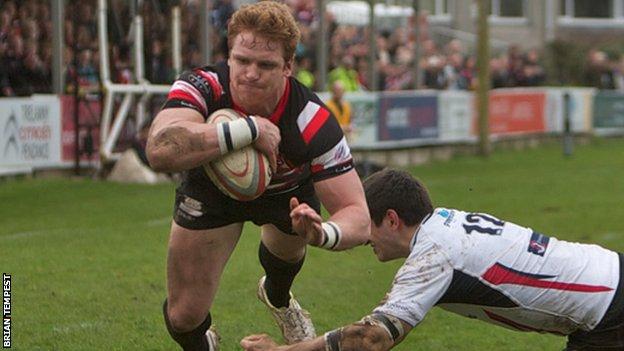 Centre Tom Cooper came off with a suspected knee ligament injury to add to the Pirates growing casualty list.

They were without seven backs including David Doherty, Drew Locke, Darren Daniel, Andy Short and Jonny Bentley for the Championship play-off game.

"We we're down to one on the bench so I don't know where we go from here," Stirling told BBC Radio Conrwall.

Pirates' American centre Andrew Suniula, who is coming back from four months out with an injury of his own, came off the bench to replace Cooper.

"We just keep rolling them into the medical room," Stirling added.