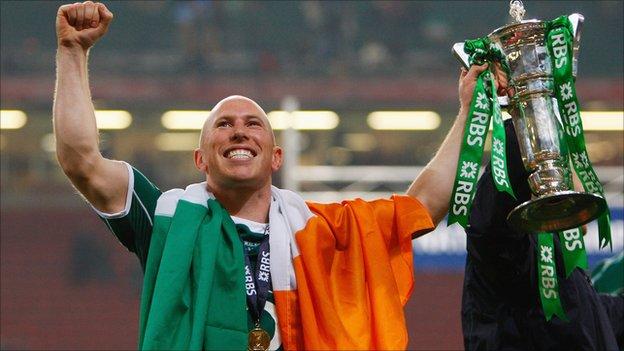 Newcastle Falcons scrum-half Peter Stringer has expressed his relief at tying up his protracted move from Munster after an administrative delay.

The 34-year-old half-back announced he would join the Premiership strugglers last month but was held up by the end of his loan deal at Saracens.

"It's great to get it sorted out," Stringer told BBC Newcastle.

"It had been talked about for a few weeks so it's nice to know where I stand. I can't wait to meet the boys."

Stringer's arrival at Kingston Park comes with the Falcons rooted to the bottom of rugby union's top flight, despite an upturn in form under current director of rugby Gary Gold.

Battling at the wrong end of the table will be a change for the Cork-born player, who has Heineken Cup honours at club level with Munster, played a role in Saracens' push for the Premiership title and achieved Grand Slam success with Ireland in 2009.

"I haven't been in a situation like this before," he added.

"Hopefully I can bring something to the table, I've been lucky enough to be involved in some good squads before in my career with Ireland, Saracens and Munster, and whatever bit of experience I can bring here I will do my very best for the club.

"I know what rugby means to people up here, I'm still ambitious, still hungry for lots of rugby so hopefully I can contribute a lot and I hope it goes well."