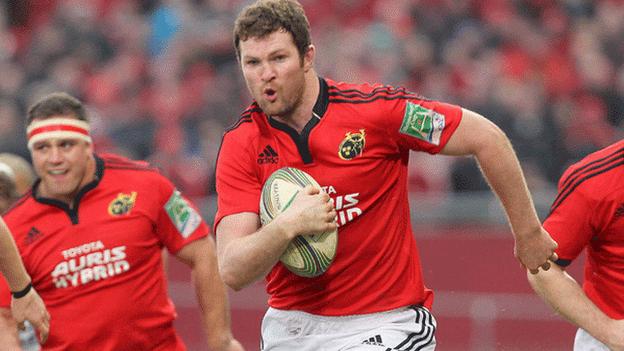 Ireland lock Donnacha Ryan has signed a new IRFU contract which will keep him at club side Munster until the end of the 2013/14 season.

The 28-year-old made his debut for Munster against the Ospreys in 2004 and has gone on to make 99 appearances for his home province.

Ryan's international debut came against Argentina in Croke Park in 2008, securing the first of 17 caps.

He made his first Six Nations start in Saturday's 32-14 victory over Scotland.