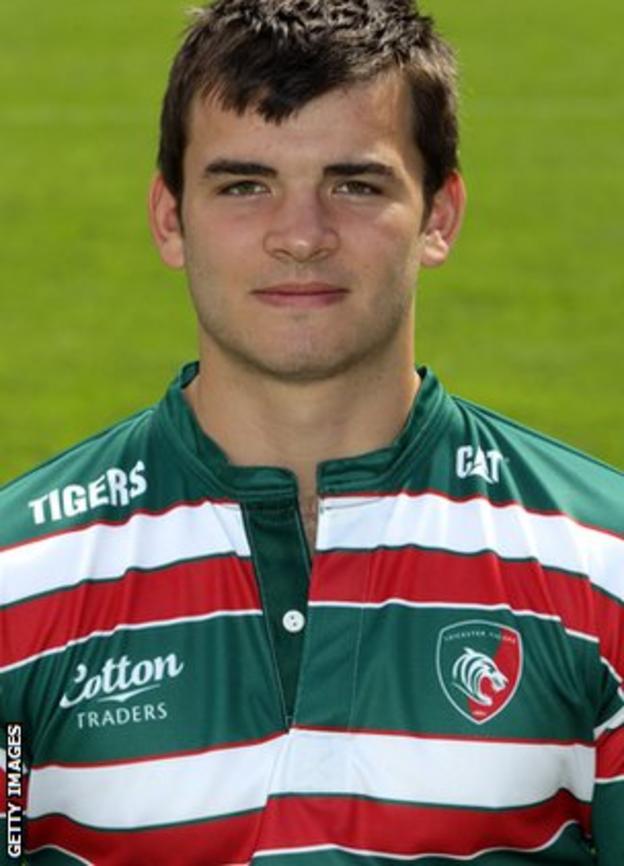 Jersey have bolstered their injury hit pack of forwards by signing Leicester's Jethro Rawling on a dual-registration deal until the end of the season.

The 20-year-old flanker has yet to play for the Tigers but has spent time at Nottingham and Coventry this season.

The deal was done before the 24 February deadline but was kept under wraps until Rawling recovered from a leg injury and passed a fitness test.

Rawling will be in the Jersey squad for next week's clash with Cambridge.

The island side have seen their forwards dogged by injuries this season.

Paul Rodgers and John Brennan are all ruled out for the rest of the campaign while Guy Thompson and Jim Brownrigg have suffered injuries in recent weeks.

"It's been an arduous campaign, with a large number of injuries, and this signing is a significant boost to our squad," said Jersey director of rugby Harvey.

"I'm delighted to have a player of Jethro's talent available for selection at the business end of the season," he added.

Jersey lead National One by four points with five matches left this season.