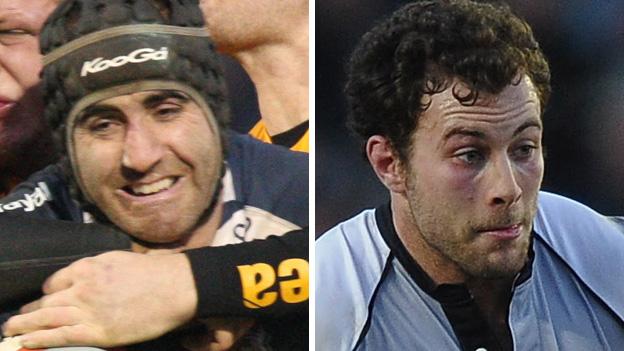 James Merriman and Redford Pennycook could return for Bristol's play-off game at London Welsh next month.

Pennycook, 26, re-signed for the Championship side from Newcastle last month but has yet to make an appearance because of a shoulder injury.

Fellow flanker Merriman, 28, has been out for four weeks after undergoing knee surgery.

"Hopefully by that point, with two games to go, we'll know if we're in the running and determine whether we'll get a semi-final place or not so it will be a big match."

Meanwhile, Jason Harris-Wright says he is ready to prove himself at Bristol after a three-month spell on the sidelines.

The hooker arrived at the Memorial Stadium from Leinster in November but a bicep problem followed by a knee injury suffered during training has limited him to four appearances.

He made his return to action in Bristol's 65-3 victory over Doncaster in their opening play-off game last week.

"It's really good to be back, especially at such an important time of the season," he added. "Play-off time is huge and to be able to contribute is great.

"It was tough after the first injury, nearly coming back and getting another one. I had to approach it day by day and crack on with my rehab and see the bigger picture.

"I wanted to come here to play games and I was starting to get that opportunity. To get two knocks like that was pretty frustrating but it's how you bounce back I think.

"It's now a great opportunity to impress."