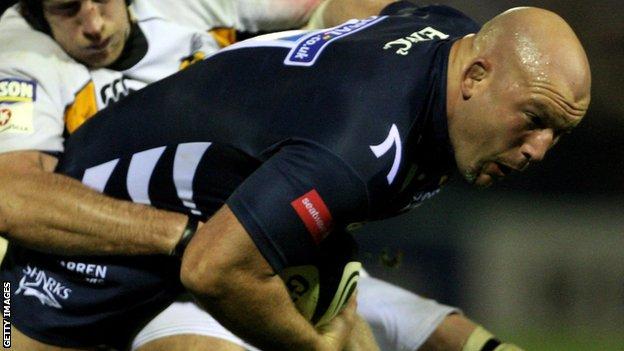 He feels that clubs should only be able to bring in dual-registered players to cover injuries, rather than to try and help promotion or relegation fights.

Jersey brought in Leicester youngster Jethro Rawling earlier this week after a series of forward injuries.

Evans told BBC Radio Jersey: "You should name your squad and literally, like what we've done at Jersey, [director of rugby] Ben Harvey has only got people in to cover those positions.

"In the front row we got in James Gethings because we lost James Ellerhsaw and Jon Brennan."

Evans revealed that he was asked by French side Lyon if he would play for them earlier this season after they had an injury crisis.

"I got asked if I wanted to go over to Lyon as they'd lost three props in a couple of weeks," he added.

"But I'm loving my time over here in Jersey and I wanted to stay so I didn't really consider it.

"It's not money that drives me, but you see teams that have rescued their season in the last four or five games."

Evans is confident that new signing Rawlings, who is with the St Peter-based club until the end of the season, will make a positive impact.

"He's a guy who's been in a good set-up. He's very professional, a great attitude and he's in great shape," said Evans.

"We've had it on good authority from his coaches that he's a good player and he will come and do a job for us."