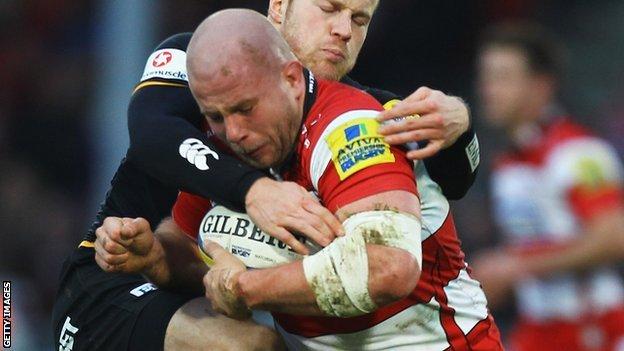 Gloucester prop Nick Wood has been ruled out for the rest of the season because of a pectoral injury.

The 29-year-old was forced off the field in their 36-3 defeat by Leicester Tigers on 3 March.

He underwent surgery on Tuesday and is now expected to be sidelined for at least three months.

Wood had been an ever-present in the Premiership for the Cherry and Whites this season and also earned a place in the England Saxons squad.

The frontrower has made 201 career appearances for the Kingsholm outfit.