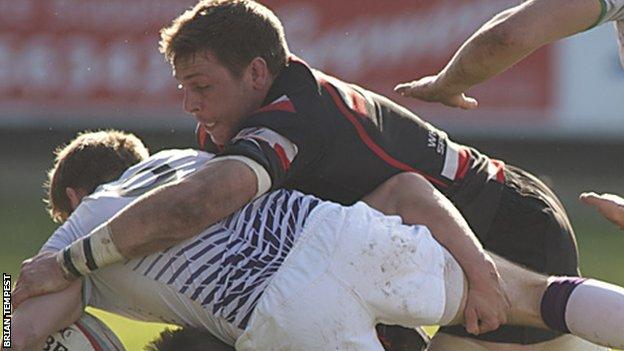 Cornish Pirates forward Chris Morgan says he expects the team to bounce back after their play-off draw against Leeds last week.

The Pirates travel to leaders Bedford on Friday, who have secured bonus-point wins over them twice this season.

"This week there's been a bit of an edge and a bit of bite in training, " Morgan told BBC Radio Cornwall.

"Hopefully we're looking to bounce back and prove to (manager) Chris Stirling that we are a better team."

Pirates boss Stirling described his side's 14-14 draw with Leeds as 'rubbish' and Morgan says he and his teammates have tried to rectify the mistakes of last week in training.

"We've worked hard on our accuracy this week, particularly in our 22.

"Our accuracy, our decision-making, when to put the ball off the park and take quick lineouts, just those little areas and not letting the game get away from us."

But Morgan is under no illusions that the trip to Goldington Road will be one of their toughest tests of the play-offs.

"They seem to play very well against us, but they're inconsistent more on the road, but at home they're an excellent team.

"They play some really good rugby, they know how to play their pitch very well and they've got some very good players.

"It'll be matching what they can do with what with we can do. Just try and get round the corner quicker than them, be more physical, which is something we've really worked on after last week," he added.