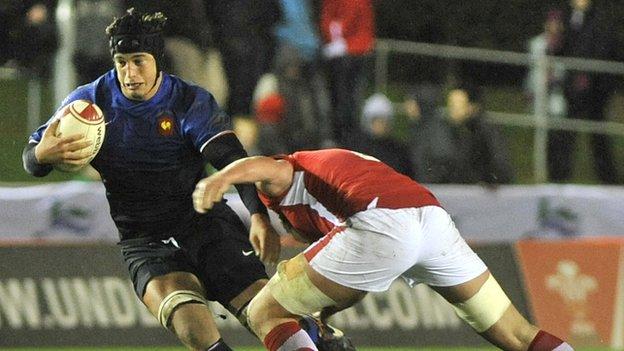 The visitors led throughout after scrum-halfEric Escande's early penalty and were 24-6 ahead at the break.

Morgan's try was the Welsh highlight and fly-half Sam Davies kicked three penalties and a conversion.

Wales U20 coach Danny Wilson was forced into nine changes after their 30-23 win over Italy at the same venue seven days earlier.

And after their Six Nations campaign ended in defeat by France, Wilson admitted: "They [France U20] showed far better basic skills."

Wales ended the tournament with two wins - against Italy and Scotland - and defeats by England U20 and Ireland U20.

Wilson will have 12 more players available for the Junior World Championships in South Africa in June as the demands of competive leagues will be over by that time.