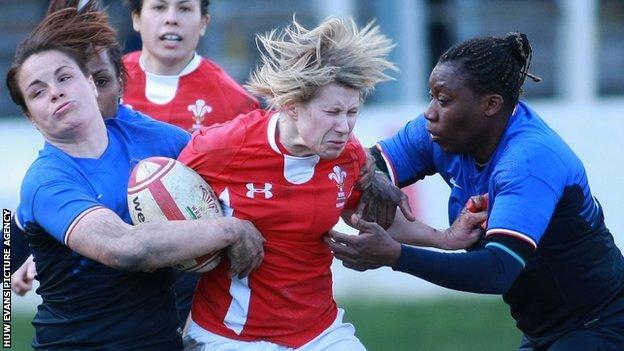 Hooker Gaëlle Mignot was driven over for the first and Audrey Foralani the second as France went into a 12-0 lead at the break.

France had a player sin-binned in each half - Marie-Charlotte Hebel in the 35th minute and Sandrine Agricole in the second.

Wales' Sian Williams was also yellow-carded late on to leave them with 14 players at the end.