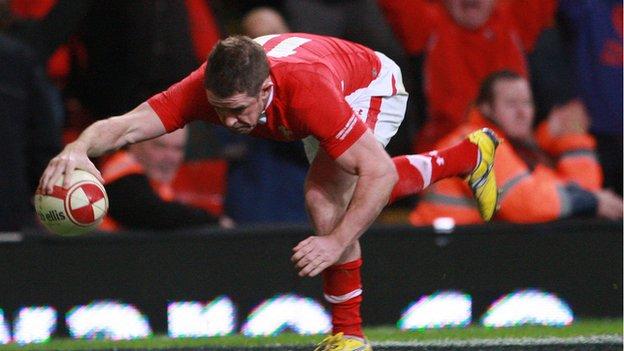 Wales' record try-scorer Shane Williams will be answering a selection of your questions as the dust settles on the Grand Slam win against France.

And fly-half legend Phil Bennett says there is "no limit" on Wales' future success if they can come out on top during their June tour to Australia.

But Wales landed a third Slam in eight years and a second under Gatland, who took over ahead of Wales' 2008 success.

Since retiring from Wales international duty, Shane Williams has been working as a BBC Six Nations pundit, and we will be taking questions for him between 1500 and 1900 GMT on Monday, 19 March.

Or, submit your question via twitter.com between 1500 and 1900 GMT on Monday, 19 March using #askshanewilliams.