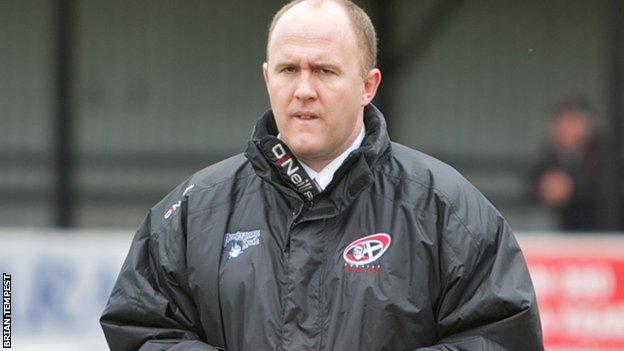 Cornish Pirates forwards coach Ian Davies has blamed officials for their 27-26 loss to Bedford in the Championship play-offs.

The Pirates led 26-6 at half time but conceded the majority of their 18 penalties in the second half.

"We couldn't buy a penalty, everything we did was penalised by the officials," Davies told BBC Radio Cornwall.

"We fell foul of the merry whistle blowers, we had two of them and between them neither of them made a good ref."

The game was refereed by Michael Tutty until just before the mid-point of the second half when he came off injured and was replaced by Richard Kelly.

The damage is done, this game could cost us a place in the semi-final

"Mike Tutty's fairly clueless at the scrummage, but unfortunately Richard Kelly had even less clue.

"We knew all week that Sam Walsh would walk around the scrum, he's done it his whole career, he did exactly what we thought he would do and we were getting penalised, how you can work that out I've no idea."

And Davies said that Alex Rae's early second-half try was as a result of a blatant knock-on which was not spotted.

"It was a knock on, Harvey Biljon [Pirates' backs coach] was behind the posts he said there were two knock-ons. I'm sure Mike Tutty's got a really bad injury that forced him off the field, maybe that injury was guilt," Davies said.

"The players are so angry. You've got experienced campaigners like Alan Paver and Chris Morgan who are saying that that was the worst refereeing display that they have ever, ever been involved in and that's something from guys that usually go with the rub of the green.

"The damage is done, this game could cost us a place in the semi-final," Davies added.

The defeat leaves the Pirates seven points off Bedford in second place in Pool B of the Championship play-offs with four games left.