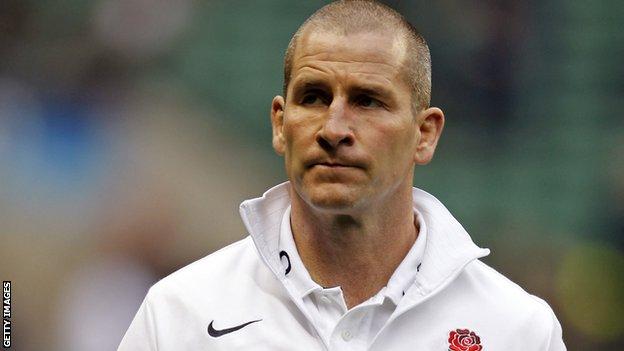 BBC Sport understands that both men will be spoken to later this week.

Lancaster took charge for the Six Nations, following the resignation of Martin Johnson, winning four of the five matches.

Mallett's contract as Italy coach ended after the 2011 World Cup.

Following England's 30-9 win over Ireland on Saturday, Mallett, 55, said he believed Lancaster would be handed the job.

"You can't see the RFU wanting to change a coach when you look at the team and how happy they are," said the former South Africa international.

But despite England's success, RFU chief executive Ian Ritchie intends to honour the planned selection process that was set out before the Six Nations.

It is understood that the duo will undergo interviews on Thursday and Friday, with no decision being made before next week.

Any decision regarding an appointment would also have to take into account the successful candidate's backroom staff.

A stumbling block for Lancaster, 42, could be the release of Saracens first-team coach Andy Farrell, who has acted as England's backs and defence coach during the Six Nations. Sarries are reluctant to release him from his contract at Vicarage Road.

Another option open to the RFU, would be Mallett and Lancaster working together.

Smith refused to apply for the head coach's job, but has let it be known that he would consider another role when the first of a two-year contract with Super Rugby outfit Waikato Chiefs finishes in the autumn.