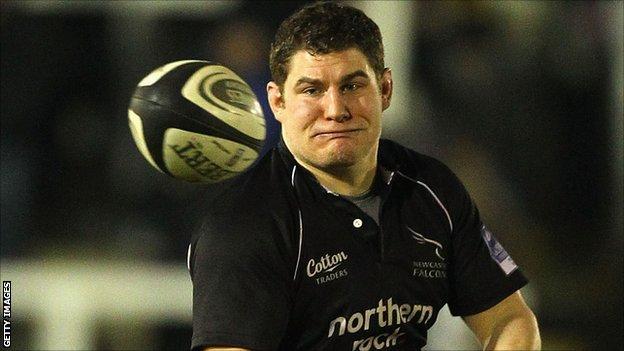 Newcastle Falcons will be without Rob Vickers and James Hall for Friday's trip to Worcester after they received bans from the Rugby Football Union.

Hall, 25, was brought before the panel for kicking an opponent while Vickers, 30, faced a charge for striking, and both can play again from 28 March.

Meanwhile, the case against Taiasina Tui'fua for an alleged dangerous tackle was dismissed by the panel.

All three incidents took place in the game against Harlequins on 2 March.