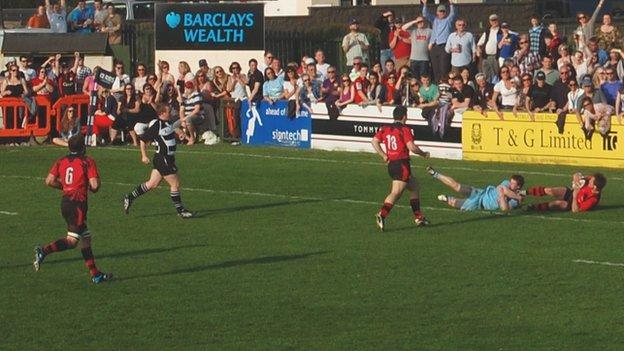 National One leaders Jersey ran in seven tries on their way to a 51-14 thumping of Cambridge.

Ed Dawson, Guy Thompson and Donovan Sanders touched down to put the islanders in command, but Pat Tapley scored just before half-time to keep Cambridge in touch.

Albert Portsmouth grabbed a last-gasp consolation try for the visitors.

The bonus-point win keeps the island side four points clear of title rivals Ealing with four matches remaining this season.

"We asked for a reaction to the last defeat and we certainly got that today," said Jersey boss Ben Harvey.

"All-in-all it was a really pleasing overall performance."

Cambridge drop a place to 13th in National One, just one spot outside the relegation zone.