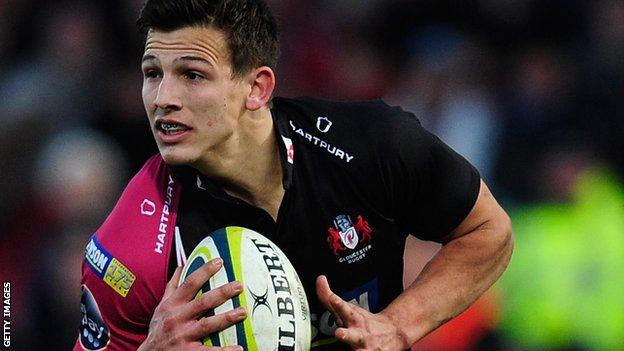 Ryan Mills has been handed a two-year professional contract at Gloucester.

The utility back, who turns 20 in May, is a product of the club's academy and has made six appearances for the first team this season.

"I'm really happy to re-sign for the club," the England U20 international told BBC Gloucestershire.

"I'm happy with the amount of game time I've had in the past few weeks. It's helped towards Brush [head coach Bryan Redpath] offering me the contract."

Mills spent 12 years with the Exeter Chiefs' academy before joining Hartpury College at the age of 17, where he was captain during the 2009-10 season.

He made his Premiership debut as a replacement against Saracens last April, but had to wait until January of this term to make his first start - against Cardiff Blues in the LV=Cup.

And Mills says his priority now is to work on claiming a specific shirt at Kingsholm, rather than continuing in his utility role.

"I want to try to nail down my position and find the exact place I want to play," he said.

"I've been covering quite a few different positions - 10, 12, 15. Versatility isn't a bad thing as it gets you more positions to get picked in but it's nice to have that specialist position.

"I think it's about slowly progressing and learning off some of the more experienced players."