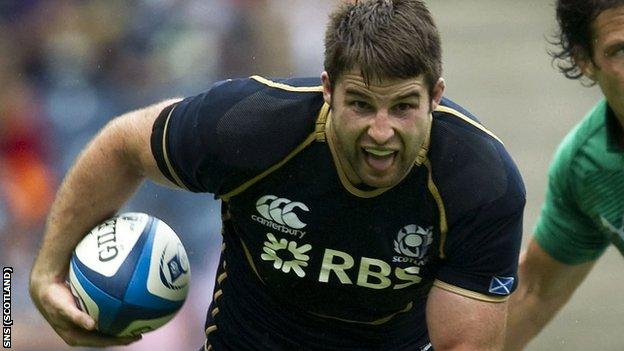 Scotland flanker Johnnie Beattie is to call time on his Glasgow Warriors career at the end of the season.

The 26-year-old son of former Scotland and British & Irish Lions forward John Beattie joined Glasgow in 2004 and is approaching the end of his contract.

Beattie made a try-scoring debut for Scotland against Romania in the 2006 autumn Test series.

The last of his 16 caps came in a World Cup warm-up with Ireland last year as he was overlooked for the tournament.

Beattie has struggled with his fitness and form since a shoulder injury sustained after an impressive Six Nations campaign in 2010.

On Tuesday, Glasgow confirmed that former All Black back-row forward Angus Macdonald will be joining them for next season.