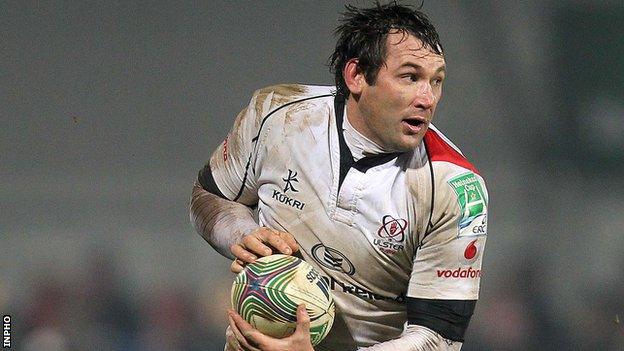 South African forward Pedrie Wannenburg will leave Ulster at the end of this season.

Wannenburg, who earned 20 Springboks caps, signed for Ulster in 2010 and BBC Sport understands that he is now being linked with a move to France.

The 30-year-old has helped Ulster reach the Heineken Cup knockout stages during both his seasons at Ravenhill.

He has offered outgoing coach Brian McLaughlin versatility as he is able to play at both lock and flanker.

In his first season at the club, Wannenburg featured in 29 out of 30 competitive games, amassing more minutes on the pitch than any other Ulster player.

This season, his appearances have been affected somewhat by injuries picked up in January and March.

"It does seem premature to be wishing him, his wife Evette and baby daughter Isabelle well at this stage as I know he remains absolutely committed to our cause as we enter the business-end of the season," said Ulster's director of rugby David Humphreys.