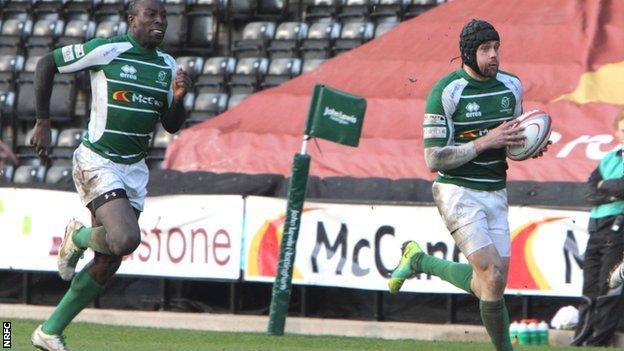 Jackson says Nottingham's backs must step up their game against the side who finished top of the table.

"We have come under criticism and that is fine. We just have to come out and answer it," he said.

I welcome the criticism...It certainly makes us want to deliver

"If the backs had been more clinical we would have got the four tries, no doubt about it.

"I welcome the criticism, especially now when it can provide you with even move focus. It certainly makes us want to deliver."

And Jackson, whose appearance against Doncaster was his first since October following a shoulder injury, believes that the killer instinct was all that was missing from Nottingham's display.

"We created enough chances to get the bonus try, there wasn't a shortage of opportunities being carved out," he added.

"It would be worrying if those chances aren't coming at all. What we've worked on this week is keeping our composure and ensuring that when we are in a position to hurt side, that we do it."