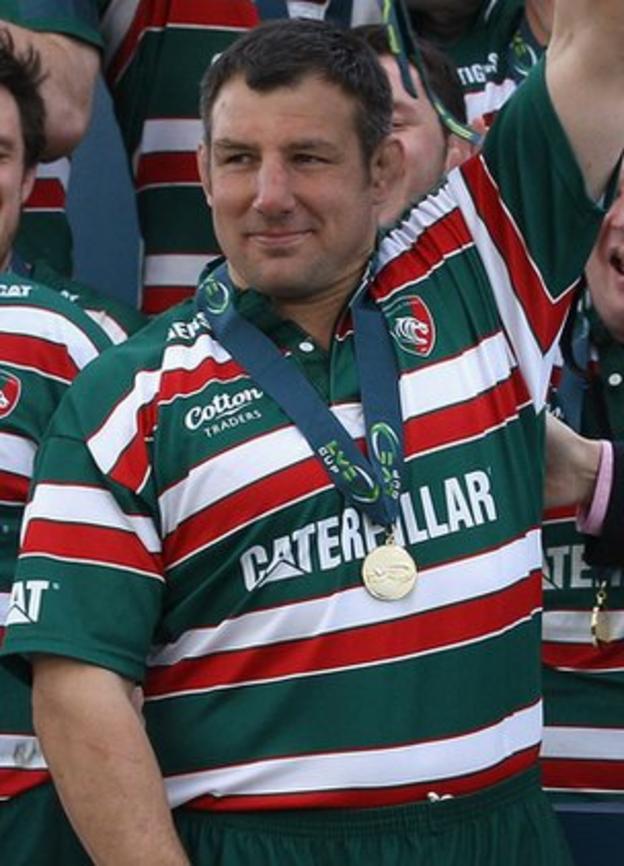 But Cockerill says the 38-year-old could still have a role to play in the closing stages of the season.

"I think Julian will retire at the end of the season, but you never know with Whitey," told BBC Radio Leicester.

With the guys he has in front of him it will be hard for him to to get picked, but anything can happen

"If we have injuries and we think it is right for him to play, then he will. He will still train, and is an important part of the squad."

The former England international, who was a member of the World Cup-winning 2003 squad, was an unused replacement in Sunday's 26-14 LV= Cup victory over Northampton Saints.

But the part-time farmer has fallen down the pecking order at Welford Road recently.

"With the guys he has in front of him at the moment it will be hard for him to to get picked, but anything can happen very quickly.

"He is on the fringes and it only takes an injury and he suddenly becomes the most important person in the team."

The former Bristol front row, who moved to Leicester after the 2003 World Cup, has made 158 appearances in Tigers colours, eight of them this season, and scored 20 points.