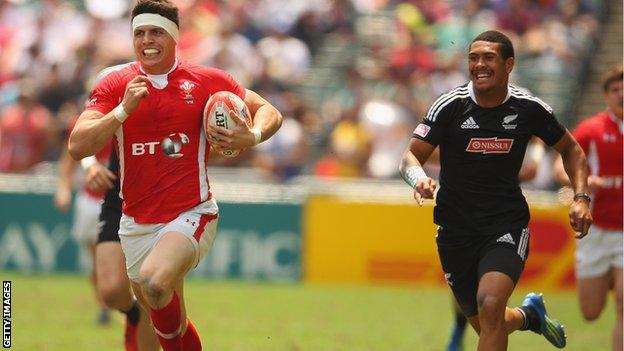 Wales were beaten by Samoa in the Plate semi-final at the Hong Kong Sevens after being knocked out of the main competition by New Zealand.

The All Blacks, who had beaten Wales in the pool stage, again proved too strong in a 31-7 quarter-final victory.

A place in the Plate semi-final was Wales' consolation, but they were no match for Samoa in a 36-7 defeat.

Richard Smith scored both Wales tries on the final day, taking his overall tally to five for the tournament.

In the pool stage, the Welsh lost 10-0 in their opener to South Africa on Friday before thrashing USA 42-7 as Dan Fish and Smith both scored twice.

Wales were then defeated comfortably 24-7 by the All Blacks, although Smith had given Wales an early lead.

Samoa went on to beat Argentina 12-10 in the Plate final, while Fiji await New Zealand in the Cup final.