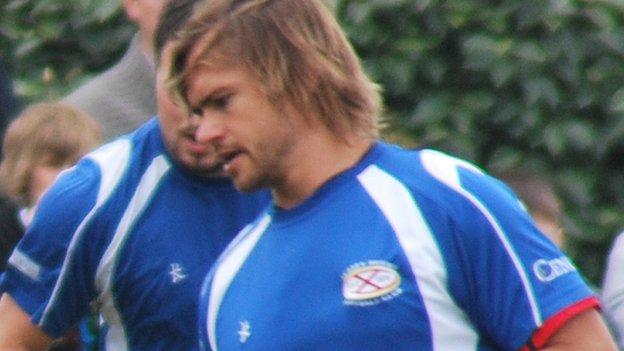 Jersey centre Donovan Sanders has praised the way his teammates came back from their shock loss at bottom side Barking to beat Cambridge.

The South Africa-born centre scored twice in the 51-14 win at St Peter which keeps Jersey four points clear at the top of National One.

"We were focused, we knew that if we slipped up we'd be in a fight and we'd be second if Ealing won by five points.

"We delivered in the second half and the boys worked hard," Sanders said.

"After what happened against Barking we were looking to get back on the horse.

"We know we didn't play the way we wanted to play and maybe we weren't up for the game, but that's in the past.

"We got together, we looked at the video and we knew what to do, we knew we had to win because we were under pressure from Ealing."

And Sanders says Jersey know they must not slip up if they are to claim the sole place in the Championship next season.

"We've got a massive four games coming up, every one's going to be like a cup game.

"We have a massive game against Tynedale, they're a difficult team to beat up there and we're going to put all our efforts in to Saturday."