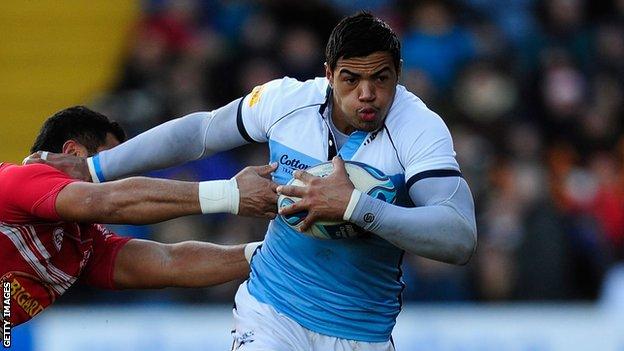 Northampton Saints have completed a deal to sign Sale centre Luther Burrell for the 2012-13 season.

"It's going to be a new adventure for me," he told the Saints website.

"I want to be playing inside centre and I believe the club suits the way I play. I'm a physical player and like to get teams onto the front foot."

Saints director of rugby Jim Mallinder has been keen to increase his options at centre with and Jon Clarke moving to Worcester Warriors.

"Obviously with James Downey leaving I know I've got big boots to fill," added Huddersfield-born Burrell, who started out in rugby league.

"I've got a lot of respect for James and have played against him a number of times. But hopefully I can step in and bring something to the Saints squad."

"We've seen a lot of Luther in action against us in the past five years and think that he will fit in well to the way we like to play the game," said Mallinder.

"He carries the ball very well and gets over the gain line. But he also has the ability to bring other players around him into the game as well, and is a strong defender."