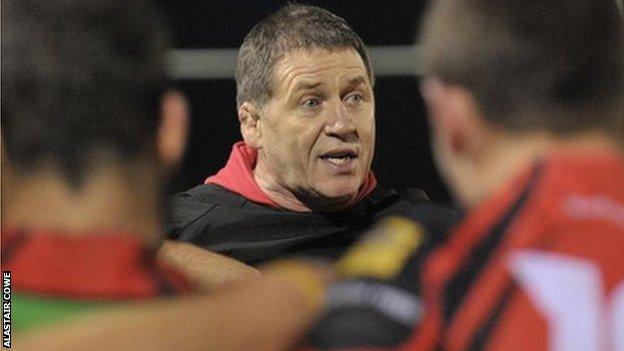 Redruth director of rugby Dave Penberthy hopes his side can pick up a rare away victory against Clifton.

After just four away wins from nine, Penberthy is unsure of the root of his side's poor form on the road.

"We've tried everything over the years to try to make our away form better," he told BBC Radio Cornwall.

"We've changed all sorts of rituals. Once you get into the losing habit it's easy to fall into that trap. I'm not quite sure how we get out of it."

Redruth suffered a heavy 40-27 defeat at home to Old Albanians last weekend, and Penberthy is wary that a poor record against Clifton at Station Road could add more misery.

"All our games are tough, but over the years at Clifton we've not been great. We've got to be on form and travel to these places with the confidence I know we can have.

"We've had some great performances away from home when we should have come away with points, but there have been times when we've been abysmal."

Penberthy also revealed that he has no fresh injury concerns ahead of the clash, but Ben Fox will be unavailable for the rest of the season through Royal Navy commitments.