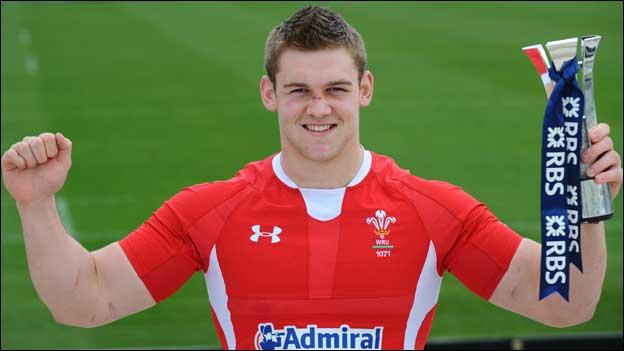 Newport Gwent Dragons admit they could have a fight to keep Dan Lydiate out of the clutches of French clubs.

The Six Nations player of the year has one more season remaining on his contract.

"As far as I'm concerned we'll be starting next season with Danny in our team," said Dragons coach Darren Edwards.

"If France come in there's nothing much we can do about things - that's something we can't focus upon."

GOING IN THE SUMMER

Already the Dragons will be without skipper Luke Charteris and Aled Brew next season, who are both joining French clubs. Fly-half Jason Tovey will be moving to Cardiff Blues and full-back Martyn Thomas to Gloucester.

"The focus should be on keeping our players here," added Edwards.

"If they want to move to other Welsh regions that's a problem for us but not to France. That's something all teams in this country are competing against.

"So the fans can rest assured that we're working as hard as possible to keep our players here, but when it comes to France it's just not going to happen."

Lydiate's stock has risen since the World Cup and again during the Six Nations.

During the Grand Slam-sealing victory over France, the 24-year-old won the man of the match award for a number of thundering tackles. He had earlier taken the accolade against Scotland.

Those performances by the blindside flanker helped him beat off the likes of Ireland fly-half Jonathan Sexton and Italy skipper Sergio Parisse to the Six Nations prize.

Lydiate is set to make his first Dragons appearance since the Six Nations in the region's Pro12 home clash against Connacht on Friday, along with Charteris and Toby Faletau.