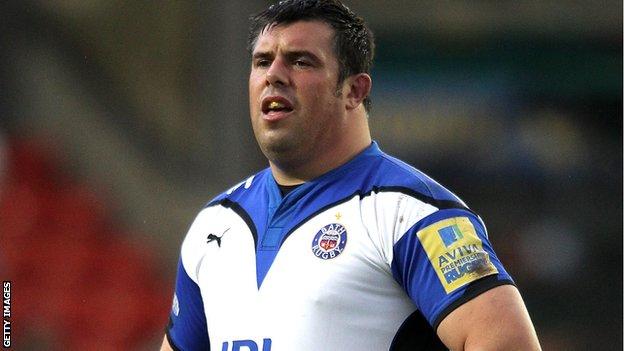 Bath's Duncan Bell says was left "devastated" after their 26-6 defeat by Northampton on Saturday.

It was their heaviest league loss of the season and means they have fallen behind in the chase for a top six place and automatic qualification into the Heineken Cup next term.

"It's not just disappointing, it's extremely hurtful. We've had harsh words with each other."

Bell has been at The Rec since 2003 and has openly stated he would retire at the end of the current campaign if Bath do not offer him a new deal.

It isn't good enough and it wasn't acceptable.

"I've got three games of my career probably - if I'm lucky enough to play in them," he continued. "To go out like that would be a blot on my career.

"There are other guys who have retired - Beastie [Andy Beattie] was up in the stands. For him to watch that, I'm gutted for him. I'm genuinely upset about it."

Director of rugby Sir Ian McGeechan offered an apology to the fans after Saturday's display, saying: "They don't deserve that.

"We were embarrassingly poor and just not at the races. The scoreline could have been a lot worse than it ended up.

"It isn't good enough and it wasn't acceptable."

Bath are in eighth position in the Premiership table, four points off sixth place Gloucester with three games left of the regular season to play.