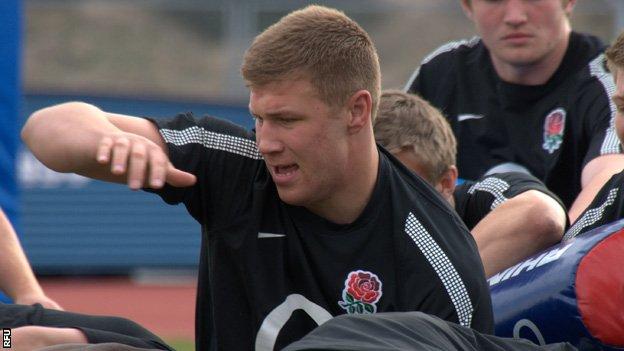 The son of former Wales dual-code international Paul Moriarty, Ross, scored a try for England Under-18 in a 22-16 win over Wales Under-18 in Madrid on Tuesday.

Moriarty, of Hartpury College, Gloucestershire, lined up at blindside flanker in the FIRA tournament game.

The 6ft 3in, 15st 3lb 17-year-old also has former Swansea and Wales captain Richard Moriarty as an uncle.

He was born in St Helens while Paul was a rugby league professional.

He went on to join rugby league club Widnes from Swansea and also played for Halifax in career that took in the 1995 and 2000 Rugby League World Cup tournaments.

Paul Moriarty returned to Swansea in 2000 where he ended his playing career.

Elder brother Richard won 22 Wales caps during which he led Wales to their best place World Cup finish of third at the inaugural World Cup in 1987.