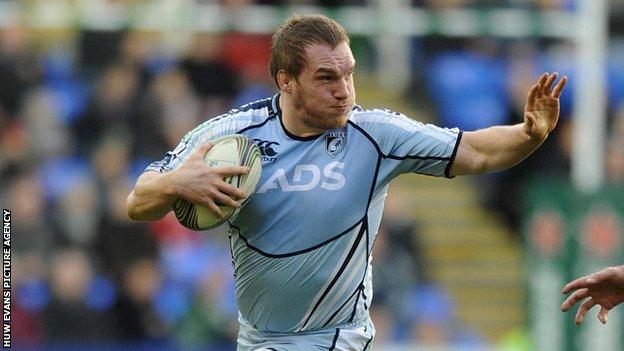 Cardiff Blues prop Gethin Jenkins and Scarlets number eight Ben Morgan have been shortlisted for the ERC European Player of the Year award.

In all 15 players have made the European shortlist.

Jenkins and Morgan could enhance their chances of taking the crown in their respective Heineken Cup and Amlin Challenge Cup games this weekend.

Blues take on Leinster in Dublin on Saturday and Scarlets face Brive on Sunday.

While the initial longlist recognises the performances from the pool stages only, the judging panel will have the option to consider players who make outstanding contributions in the quarter-final and semi-final matches.

A shortlist of five players will be announced following the Heineken Cup and Amlin Challenge Cup semi-finals .

And the ERC European Player of the Year winner for 2012 will be selected after the London finals weekend of 18/19 May.