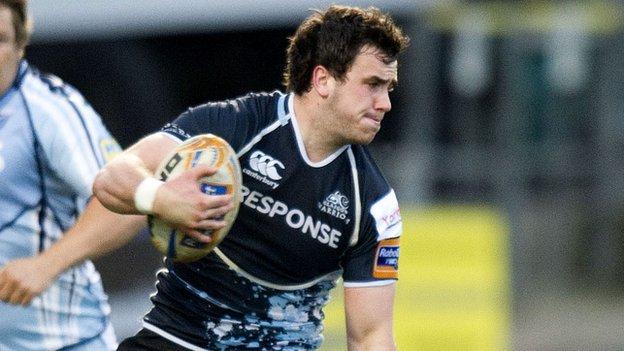 Alex Dunbar has extended his contract with Glasgow Warriors until 2014.

The 22-year-old centre, who joined from Selkirk, laid on two tries in .

"He's benefiting from getting a run in the side to prove to the wider audience that he can more than hold his own at this level," said coach Sean Lineen.

"He's a player whose ability has always been clear. He's got power and pace and he's also an elusive runner when he gets up that head of steam."

Lockerbie-born Dunbar added: "There's a great buzz around the whole club about the opportunity we have to finish strongly in the RaboDirect PRO12, and everyone is determined to keep winning for ourselves and the supporters."