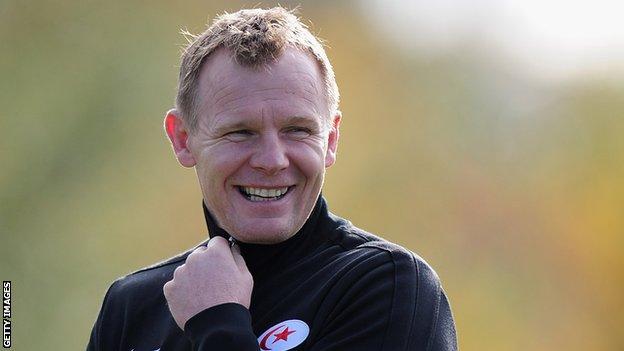 Saracens director of rugby Mark McCall has insisted his side have evolved after being caught out by the intensity of last year's Heineken Cup.

The Premiership champions, the only English side remaining in the cup, face Clermont in Sunday's quarter-final.

"Last year came as a bit of a shock to us I think," McCall told BBC Three Counties Radio.

"A lot of our players were new to the competition, especially our South African players."

Sarries' continued foray into Europe this term is in stark contrast to the previous campaign, when they finished bottom of their pool with five defeats out of six games.

But they recovered, going on to win a maiden Premiership title.

"We regrouped really well after last season's final pool match and we went unbeaten for the rest of the season," continued McCall, who succeeded Brendan Venter at the helm of the north London club 14 months ago.

"The intensity levels were a bit of a surprise and we were out of the competition before we blinked an eye after two tough games early on.

"I think we were much more ready for the competition this year.

"We worked really hard to win five games out of six - notable wins, especially away at Ospreys where they hadn't lost for a long time."

And a semi-final against Leinster or Cardiff Blues beckons if Saracens can make the most of home advantage against a Clermont side who have lost just four times in the French Top 14.

"These opportunities of getting a home quarter-final don't come along too often and it's important we seize the moment," added the Northern Irishman.