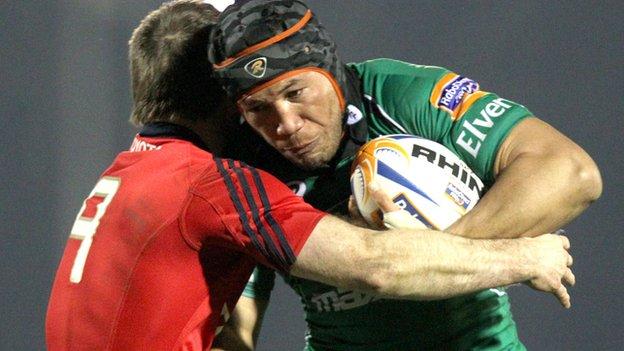 Samoan flanker Ray Ofisa will leave Irish province Connacht at the end of the current campaign.

The 31-year-old joined Connacht from North Otago in 2007 and won his 100th club cap earlier this season.

"He can turn a match in a flash with a moment of brilliance," said Connacht coach Eric Elwood on Friday.

Connact captain Gavin Duffy has signed a contract extension, keeping him at the Showgrounds until at least 2014.