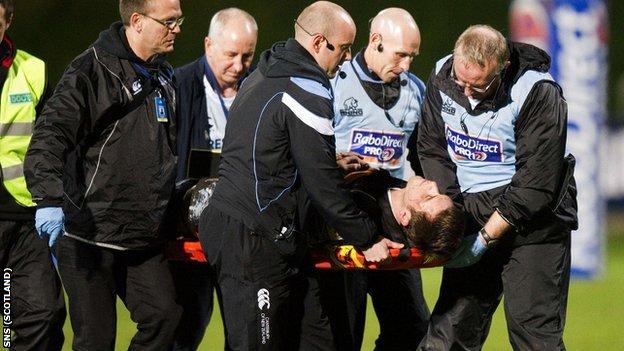 Glasgow Warriors number eight Ryan Wilson has been ruled out for the rest of the season, while team-mate Graeme Morrison is out for three weeks.

Wilson registered two tries against the Welsh side at Firhill before being stretchered off late on.

Flanker John Barclay suffered concussion in the same match but could return in the Warriors' next outing.

Sean Lineen's side are not in action again until a visit to Munster on Saturday 14 April.