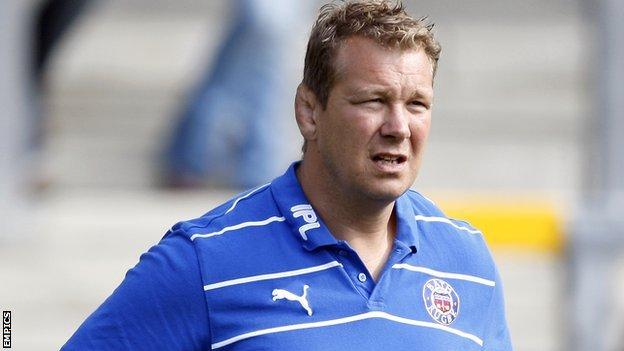 First-team coach Martin Haag will leave Bath when his contract expires at the end of the season.

Confirmation of the 46-year-old's exit comes a week after the announcement that director of rugby Sir Ian McGeechan will leave the club at the end of the current campaign.

"Haagy has been an asset to us for the past three seasons," said chief executive Nick Blofeld.

"We'd like to thank him for all his efforts during his time here with us."

The former England lock made over 300 appearances during his 14-year playing career with Bath.

He enjoyed a stint as academy manager at the Rec, as well as two separate spells with the England coaching set up, before succeeding Mark Bakewell as forwards coach to the Bath senior team in 2009.

The Premiership club have confirmed their search for a new head coach is already under way and that other staff "will be put in place over the summer", while fellow first-team coach Brad Davis will remain with the club.

Newcastle Falcons interim coach Gary Gold, former Italy and South Africa coach Nick Mallet and ex-Bath back Mike Catt have all been mentioned as possible successors to McGeechan, who leaves his post after just a year in charge.