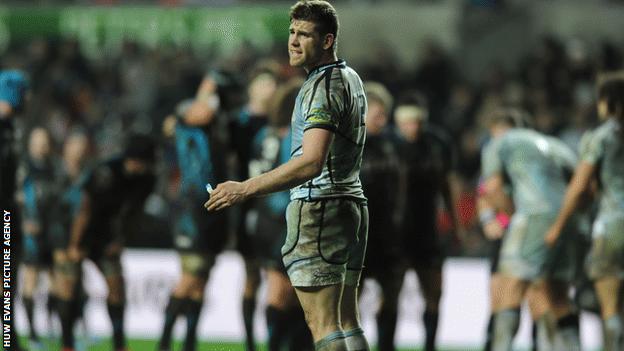 Cardiff Blues have revealed centre Gavin Evans has signed a two-year contract extension with the region.

"As soon as I started playing more games I knew I wanted to stay," said Evans.

Centre Casey Laulala, prop Gethin Jenkins, fly-half Dan Parks and scrum-half Richie Rees are all set to leave the Blues at the end of the season.

But Evans, who was also named in Wales' preliminary 2007 Rugby World Cup squad, will not be joining the Cardiff City Stadium exodus this summer.

"For the first two seasons I didn't play that much rugby but coming into this season, it was my last year of the contract, I've been fortunate to show what I can do" said Evans.

"As soon as I started playing more games I knew I wanted to stay.

"We lost a lot of players to the World Cup at the start of the season but that gave an opportunity for me and a lot of the youngsters to shine.

"I know we have lost a couple of big names for next season but hopefully that will bring us closer and hopefully we can put in some good performances next year."

And wing Alex Cuthbert's Blues contract expires in the summer and the Welsh Grand Slam winner has warned he has had interest from big-spending French clubs - and Gareth Baber has warned of "tough" times ahead.

"I think that we have a young backline and Gavin still has a lot of good years ahead of him as a player," said Baber.

"He's found it tough over the last couple of seasons with a class act like Casey coming in but what Gav has done is be totally professional and kept training and pushing hard."