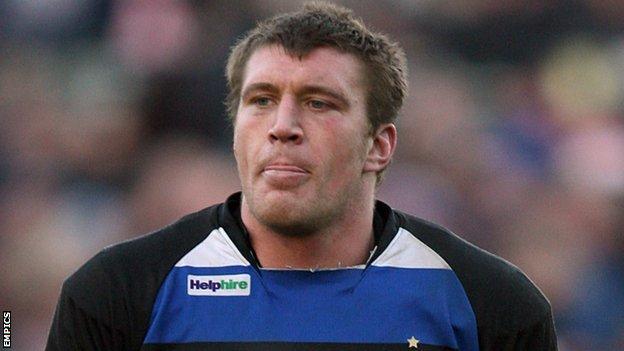 Exeter Chiefs forward Peter Short has retired from the sport due to injury.

The 32-year-old lock played just seven times for the Chiefs since joining from Bath in the summer and never fully recovered from a broken leg he sustained against Wasps in September.

"I've been trying to get back, but it's been a struggle," said Short.

"As hard as I've worked, there was still too much pain and it's been a real struggle to get back to the same levels as I was earlier in the season."

He added: "Obviously it's disappointing to go out this way, but it's part and parcel of the game."

His final game for the Chiefs came in the Premiership in February.

"As a player you tend not to really think about the end, but since the injury in September it has given me time to think about the future and get a few bits and pieces in place.

"Luckily I've been working closely with the Rugby Players Association - who have been great throughout - but at the same time you're still working hard to get fit again and back playing."

The Liverpool-born forward had been a key part of Exeter's second row along with the likes of James Hanks, Tom Hayes and Aly Muldowney before the injury.

And head coach Rob Baxter praised Short's impact at Sandy Park in his time at the club.

"Shorty has certainly played his part and he's been a good guy to have around the club.

"As we know he's been somewhat unfortunate with injury this season and he wouldn't have wanted his career to end this way.

"However, it was a severe injury which has created other issues down the line.

"We have not really been able to get him up and running fully, other than the Bath game, which ultimately proved to him and our medical staff that the time had come that he wasn't able to really continue on."