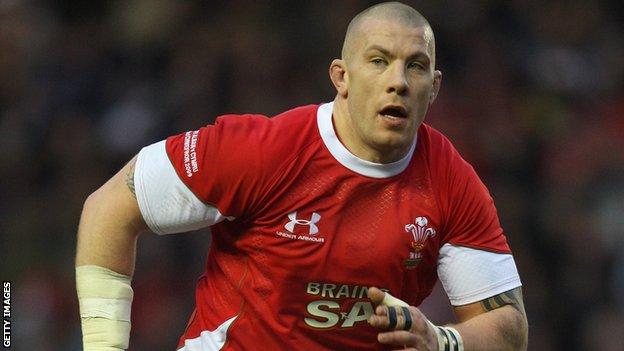 Prop Yapp, 29, won the first of 21 caps in his country's Grand Slam-winning Six Nations championship of 2005.

"John brings a wealth of experience with his performances for Wales during a very successful period for the national side.

"He has a huge passion for the game and has expressed a desire to broaden his horizons with the challenges that rugby can offer him here at Edinburgh Rugby and by being part of the brand of rugby we play.

"Richie is a very talented, international scrum-half. He's a quality player who possesses a natural ability to make breaks. He's also a very good organiser so should be a perfect fit for the direction in which we're looking to drive Edinburgh Rugby."

Rees will fill the gap in Bradley's squad left by Mike Blair, who announced his intention to move on after 10 years with Edinburgh.

"I'm used to stiff competition in the front-row having competed with Gethin Jenkins at the Blues for a number of years," said Yapp.

"It only serves to bring out the best in the individuals, it's good for the team to have a number strong players across all positions and I think it can help us push on to achieve great things."

Rees added: "I've spoken to Michael Bradley a lot about how I'd fit in and where he wants to take the team, while I also know Edinburgh well having played them a number of times over the years.

"They're a team that really excites me. Their style of play was a big factor in me wanting to sign."