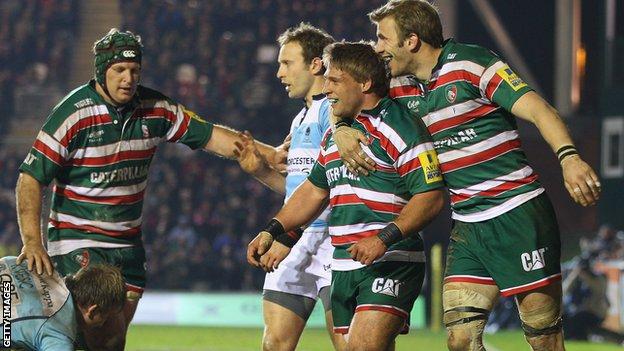 National One leaders Jersey will host Leicester Tigers in a pre-season friendly, the islanders have confirmed.

The Tigers are currently third in the Premiership and are the biggest side promotion-chasing Jersey will ever have faced.

The match has been set for Saturday, 11 August.

"It's 'pinch yourself time' to be honest," said Jersey director of rugby Ben Harvey.

"They'll be bringing their full squad plus their squad of about 20 staff which did make me laugh. It's just fantastic news."

Jersey are closing in on their fourth promotion in the space of five years and need nine points from their final three games to secure a place in the Championship.