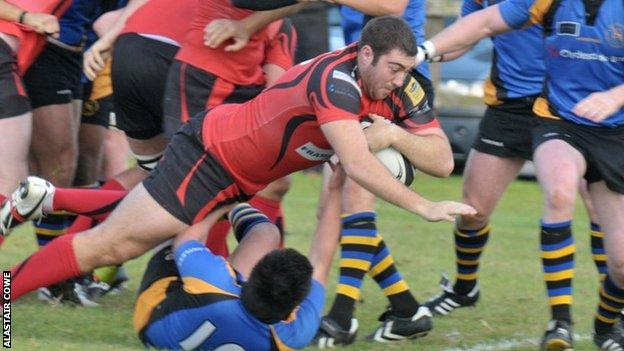 Redruth did not manage the game well enough according to defence coach Tony Cook after their 47-14 loss at Southend in National Two South.

Tom Duncan's two first-half tries were the only bright spot as the Reds went in 21-14 down at the break and conceded another score soon after the restart.

The Reds conceded four tries in the second half to add to their woes.

"We didn't manage the game well and shipped a try when they only had 13 men on the field," Cook told BBC Cornwall.

"We tried to force things a little too much, we didn't kick well and we fell off tackles.

"We've had a couple of those this year and there are a number of sides in this league who are home sides and Southend are certainly one of those."