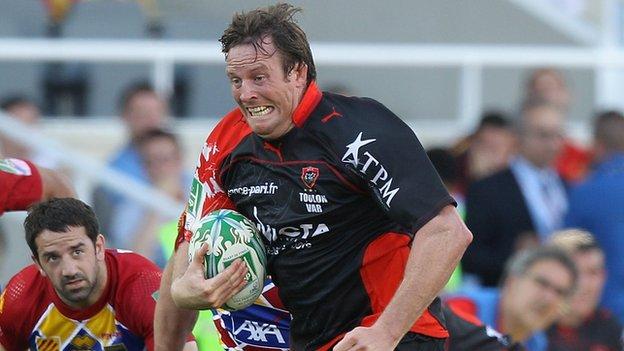 The 33-year-old, who has two England caps, will move to Sixways this summer after two seasons at the Stade Mayol.

The former Sale skipper joined the Top 14 side after nine years with the Sharks where he made 162 appearances.

"He will add more physical presence and power to our pack of forwards and we want to go for a big pack next season," Worcester head coach Richard Hill said.

"Dean is a big man and a powerful man who is also quick and has superb skills.

"When he plays he stands out in the pack of forwards, he is all-action and brings his presence to the close quarters and is very influential.

"I have spoken to Joe El-Abd, who was my captain at Bristol and who now plays with him at Toulon, and he has said just how highly regarded Dean is in the Top 14 and how skilful a player he is too," Hill continued.

"Dean has a vast amount of Aviva Premiership and Heineken Cup experience.

"With Craig Gillies, James Percival and Chris Jones also contracted for next season, we have players that really complement each other and it gives us strength in depth and huge competition next season."