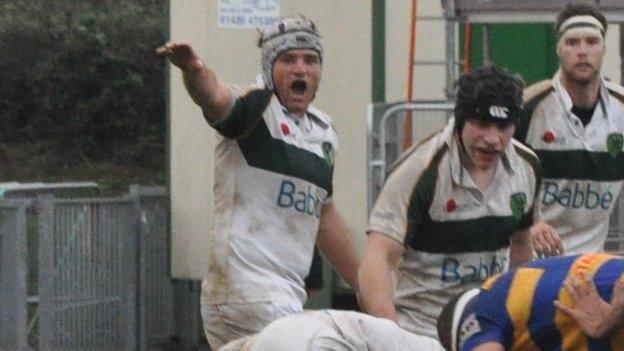 Guernsey still lead London One South by three points after cruising to a 31-19 win at Basingstoke.

The win means the island side will clinch the title if they can beat Hove next week or if second-placed Old Elthamians fail to win against Trojans.

Nick Barton opened the scoring after five minutes for Guernsey but two penalties and a Gareth Kelly try saw them trail 11-7 at half time.

But tries for Sam Stables and Malcolm Barnes secured the win for Guernsey.

"Hove are a good side, they're still fifth in the ladder," player-coach Jordan Reynolds told BBC Guernsey.

"Winning that game will take us up to the national leagues which is a huge step for us, to be promoted two seasons in a row shows the quality we're producing at the moment.

"The boys thoroughly deserve it, but we've got one more game to go."