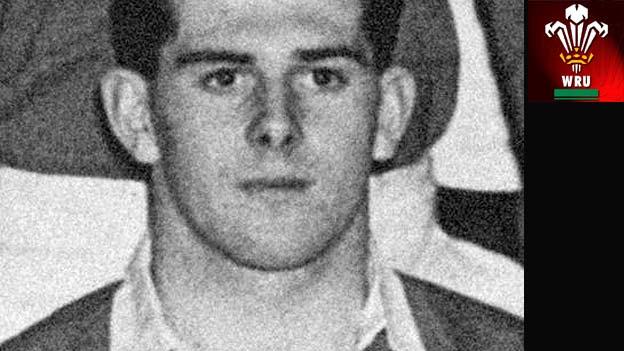 Born in Machen, near Caerphilly, in 1929, Thomas was a Newport stalwart during one of their greatest periods.

The versatile back was part of the Newport team to beat Australia in 1957.

Thomas made his Wales debut as a teenager in France in 1949, and wrote his name in the history books a year later by scoring the winning try against Ireland that secured Wales' first Triple Crown since 1911.

Wales went on to complete the Grand Slam with a home win over France and Thomas, who later captained his country twice, also played in all four matches in the 1952 Grand Slam campaign.

Thomas also came to prominence on the 1950 Lions tour to New Zealand, scoring a record six penalties in the opening win against Marlborough/Nelson Bays and added a near length of the field try for a record haul of 21 points.

He played in the two Tests defeats in New Zealand and one victory in Australia.

A broken leg ruined his hopes of touring with the Lions to South Africa in 1955, but he made the tour to New Zealand four years later - the sole survivor from the 1950 party.

Thomas extended his scoring record with 25 points, again against Marlborough/Nelson Bays, in a record 64-5 victory.

He left Wales at the end of his playing career and became a successful businessman. He leaves a son and a daughter.