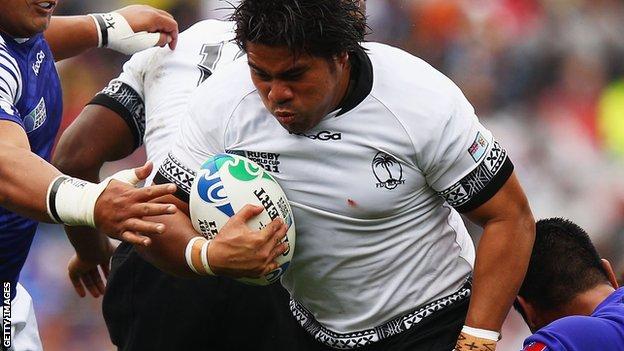 "I think they are more than capable of accounting well for themselves," said Blues coach Justin Burnell.

"I'm pleased with the two signings who are on two year contracts with Campese working alongside Scott Andrews, Sam Hobbs and Marc Breeze.

"To see him scrum in the World Cup and against New Zealand in the warm up games showed he's an exciting prospect.

"Robin is a big physical boy with the ability to cross the gain-line but has the skills and finesse to put people in to finish via his decision making.

"He is twenty four years old and has been the outstanding player in the Championship this year.

"He might be and unknown quantity with the Pro12 but he will be a surprise package as well."

Gethin Jenkins, Casey Lualua, John Yapp and Richie Rees are among the playersd who will leave the Blues while Ben Blair has been linked with a move to French Top 14 side Agen.

"These players are obviously also within our price bracket," added Burnell of the signings of Ma'afu and Copeland.

"For example Gethin Jenkins, who has been a fantastic servant for the Blues, is going to Toulon and we can't compete with the budgets that some of these big French clubs have."