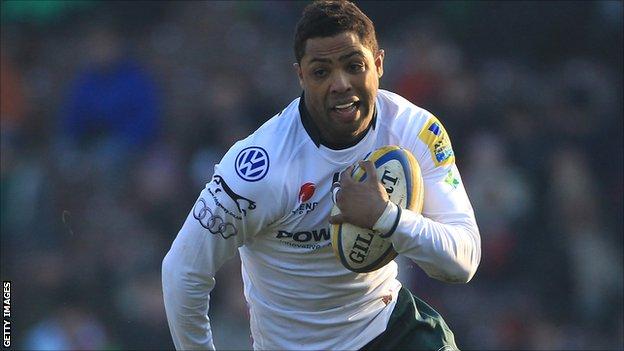 London Irish full-back Delon Armitage is to leave the club at the end of the season and join French side Toulon.

The 28-year-old, who has 26 England caps and made 165 appearances for London Irish since making his debut in 2003, has agreed a two-year deal.

"I feel it's the right time for me to move on at this stage in my rugby career," said Armitage.

"I would like to thank everyone involved at London Irish, in particular Toby Booth, who I have worked closely with during my time at Sunbury.

"My partner, Jemma, our children and I have thoroughly enjoyed the environment at the club and will go away with some fantastic memories.

"Irish has been a huge part of my life and it's been a real honour to be a part of.

"I am looking forward to joining Steffon and Guy at Toulon but my immediate priority is ensuring that London Irish finish the season on a high with two victories."

Armitage, once a bright prospect for England, has endured a troubled couple of seasons, losing his England full-back berth to Ben Foden and facing disciplinary problems.

But once his brothers announced their move to the south of France, where they were raised, it seemed inevitable Armitage would follow.

Exiles head coach Booth thanked Armitage for his time at the club but admitted he was sorry to see him leave.

"Delon is one of many players who has committed over 10 years' service to this club," said Booth.

"I wish him and his family the best in the future and thank him for his considerable involvement in London Irish's success in recent times. We are sad to see him leave but wish him the very best of luck at Toulon.

"Personally I hope he regains the form to see him return to international status in the future."