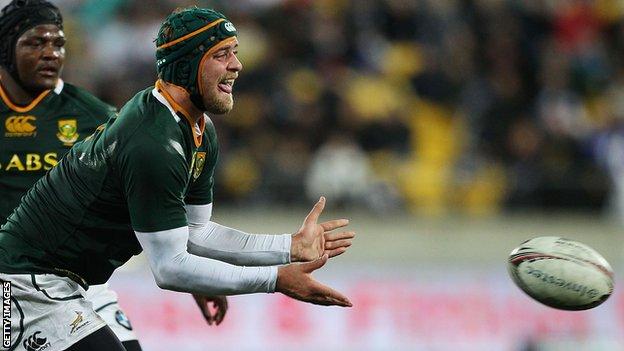 Saracens have secured the services of South Africa international second row Alistair Hargreaves for next season.

The 25-year-old lock will join from Super Rugby outfit Sharks, where he has made 29 appearances this term.

Sarries director of rugby Mark McCall said: "Alistair has a fantastic pedigree in SA Rugby, and we are confident he will flourish."

"This is a fantastic opportunity for me at a crucial stage of my rugby career," Hargreaves added.

"I can't wait to get stuck in and make a contribution to the continuing development of the club."

Durban-born Hargreaves, was an age-grade international before making his name with the Sharks - with whom he won the 2010 Currie Cup.

He went on to make his Test debut against Wales later that year, as a replacement for Johann Muller, and has since won four caps.

But he has not featured for the Springboks since a 40-7 Tri Nations defeat by New Zealand in July last year.